March was a busy book month for me. Mike had a lot of work travel, and Scott mostly does his own thing, so I had some extra reading time.

I started off by finishing Just Mercy by Bryan Stevenson, which I had included in the February roundup. My book club read this, and we had great conversations that challenged all of us on our own assumptions and actions. Our justice system leaves a lot of room for improvement, and fixing it is going to be a long and slow process because of the multitude of complex issues involved. It would be tempting to say there is no point in trying, but Stevenson is an inspiring person who made me want to do more than I was doing. We tried to come up with ways we could be part of the solution, and I considered some of those issues when deciding which candidates to support in the recent primary elections.

I tend to gravitate toward non-fiction books, so I try to intentionally read fiction. I realized I hadn’t read any fiction in February, so I made up for it in March by reading 3 novels. 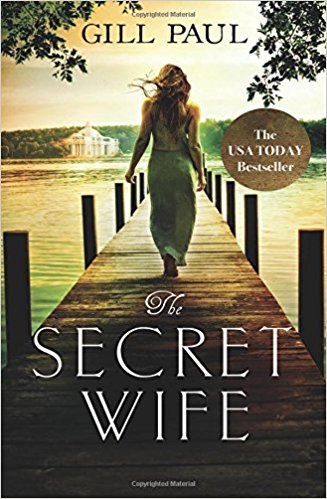 The Secret Wife by Gill Paul

This historical fiction features Russia in World War I which is always interesting to me because my grandma was born there in 1919, so the dates the story covered that and the early years before their family went to Canada.

This historical fiction features Turkey during World War II. I’ve read a fair amount about World War II, but I had never realized the efforts that Turkey made to protect their Jewish citizens. When I finished the book, I did some internet reading to find out more because it was fascinating. There are so many good stories in the world. The history books in school only focus on a few viewpoints and a few prominent figures. But everywhere we look, we can find people who are making brave choices, risking their own comfort and wellbeing for the good of others.

On Mystic Lake by Kristin Hannah

Hannah is an author mentioned by several friends and acquaintances when a friend was asking for book recommendations, so I thought I would give it a try. In both The Secret Wife and On Mystic Lake, the protagonist goes to a lake with family connections after learning about her husband’s infidelity. I hadn’t realized the similarity when I started reading this one. Beyond that, they both dealt with their situations in very different ways. This was an easy read.

Death by Meeting by Patrick Lencioni

Lencioni’s books are easy reads for business leadership books. He uses fables to illustrate the point, which makes them easy to follow and to imagine how the concepts might apply to you and your situation. Mike and I listened to this together on Audible, and we’ve started implementing some of the techniques at work and have already seen positive results from increased communication on daily activities.

Last October, our company had our team watch an Entreleadership simulcast presented by the Dave Ramsey group. Lencioni was one of the speakers, and he spoke about the ideal team player virtues. We have been using the humble, hungry, and smart framework during reviews to help focus employee development goals. We are preparing to hire for some key positions in our company, and I want to make sure we are doing everything we can to hire someone who is going to fit in with the direction we are going from the beginning, so I decided to listen to the whole book. Looking back, I understand now why some previous hires haven’t worked out well, and I also more clearly see why the ones who are doing well are great people to have on our team.

Mike started listening to this on Audible on my recommendation, and he said it was boring and dry and scientific, so I knew I would like the book. Ha ha. I did like the book, but it is dry and scientific. It just happens to be on a subject I find very interesting and fits in with a lot of my learning in the last few years, so I did not find it boring. What was disheartening to me is that the book was written 20 years ago and most of the findings on the importance of emotional intelligence in academic learning are still being overlooked by the majority. For anyone concerned about the safety and wellbeing of kids in school, especially in light of recent acts of gun violence, that topic is specifically covered in this book. Perhaps if we considered emotional learning to be as important as other kinds of learning, we would start seeing a reduction in incidents rather than an increase in incidents.

I actually started two more books in March but haven’t gotten very far in either, so I’ll save them for later.